Congratulations to RightsInfo who have won an award in the Education category of the UK Blog Awards.

The awards were founded to recognise individuals and companies that develop content on their Blog and Vlog platform.

RightsInfo works to build knowledge of and support for human rights by producing engaging, accessible and beautifully presented infographics, stories, videos and explainers. In under two years it has built its online presence and is reaching hundreds of thousands of people every week. 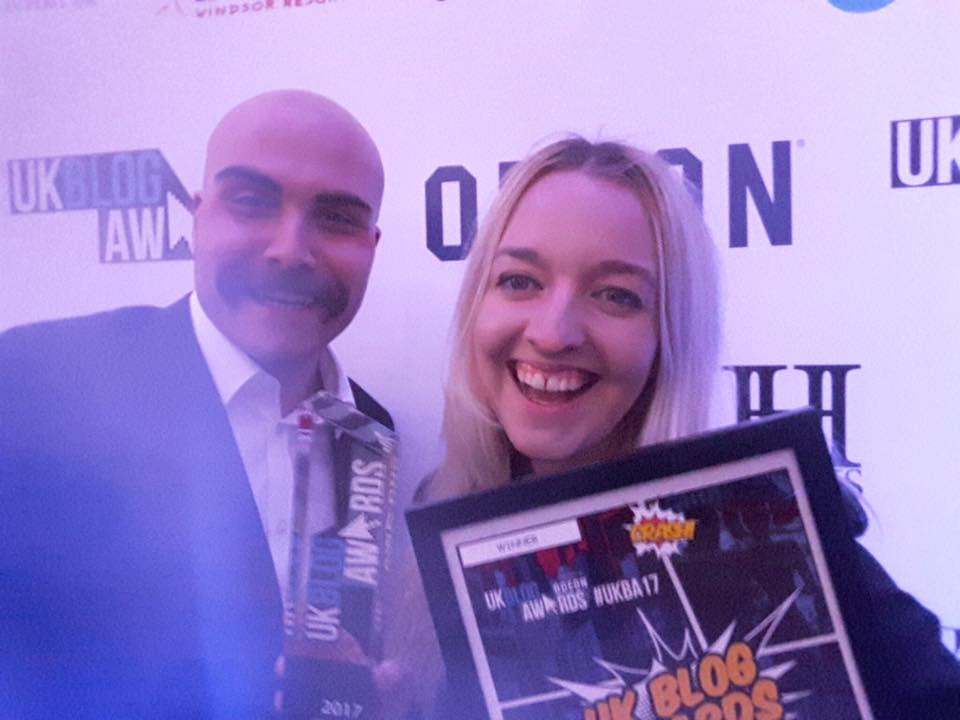 Students from Hazelwood Integrated College in Belfast enjoyed a 'once in a lifetime' trip to the Royal Courts of Justice, thanks to funding from The Legal Education Foundation, Integrated Education Fund, and Citizenship Foundation.

The young people were taking part in the finals of the Citizenship Foundation's annual Bar Mock Trials contest, having fended off competition from schools across the UK.

The trio of funders agreed to meet the Belfast finalists' travel costs to ensure they could be there for the nationwide finals in London in early April. It was the first year the college has entered the prestigious competition, which is now into its 26th year.

Speaking afterwards, Claudia Marshall, a student who took on the role of barrister in the competition, said: 'The donation meant that we were able to enjoy the once-in-a-lifetime experience in London. For some members of the team, it was the first time they'd ever been on a plane. For most of us, it was our very first experience of London.'

She added that it was 'a momentous achievement for both the school and integrated education' that they had reached the finals in their first year as entrants to the competition.

Hazelwood is one of a small number of schools in Northern Ireland where children from different religious backgrounds are taught alongside each other. Its website emphasises its commitment to 'promoting social, cultural and religious integration through the pursuit of educational excellence'.

"I am extremely proud of our students. They prepared and performed magnificently in what was our first ever entry into the Bar Mock Trials. It was a great team effort and an unforgettable experience. I deeply appreciate the support given so freely by so many people to make this happen for our students."

The mock trial finals were held at the Royal Courts of Justice on the Strand in central London, a Victorian Gothic building, built in 1882. Claudia added that she and her fellow pupils were 'in awe of its architecture and grandeur', but 'felt very honoured to stand in our school uniforms and to represent ourselves, our families and our college'.

More than 50,000 state school pupils have taken part in the mock trial competition, since it was launched by the Citizenship Foundation in 1991. Students take on the role of witnesses and barristers and have to present their case against teams from other schools, in real courtrooms in front of real judges. The aim is to educate young people in how the law works, so they understand the complex processes involved in making and changing the law.

In 2016, TLEF awarded the Citizenship Foundation £46,000, to expand the number of students in Northern Ireland taking part in the mock trial competition and, in particular, students at integrated schools.

TLEF chief executive Matthew Smerdon says: 'We were delighted to see Hazelwood reach the finals, when it is only the first time they have had the chance to enter the competition. The standard of entrants is always incredibly high. Their achievement is a great accolade for them as individuals and as a team, and also for integrated education in Northern Ireland more widely.'

TLEF chief executive Matthew Smerdon spoke to legal weekly magazine Solicitors Journal about the work of the foundation and its ambitions for the Justice First Fellowship scheme. 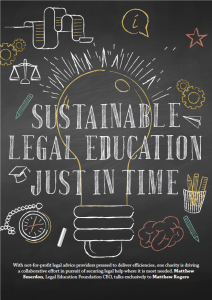 The Legal Advice Centre (University House) received Foundation funding in the summer of 2015 for a two year project to develop the knowledge base of the advice sector in the area of Legal Expenses Insurance (LEI).

They have produced training material that can be viewed here.