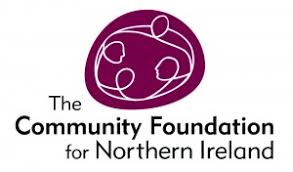 The Community Foundation for Northern Ireland connects people who care with causes that matter.

For over 35 years we have been a trusted, secure means through which donors choose how, when and where they give, by helping them to set up funds, supporting them to make grants and to see the impact of their donations on local communities in greatest need.

Informing, equipping and coordinating civil society during the Brexit process

Brexit will likely separate the UK from the underlying EU frameworks for established human rights and equality protections emanating from the UK’s membership of the EU. This raises particular questions in a Northern Ireland context where the peace settlement was underpinned by membership of the EU and the safeguards it provided.

Working though the Northern Ireland Human Rights Fund (NIHRF), with a particular focus on the work of the Human Rights Consortium (HRC), the project will focus on researching and highlighting existing EU human rights and equality protections that will be at risk of removal and the impact of such removal in NI.

The project will inform and seek to coordinate civil society organisations across all sectors to ensure greater civil society participation in the Brexit process and discussions from NI with GB, the ROI, and EU. The project will also support the work of other NIHRF grantees working together to address the Brexit challenges. This will include supporting the Committee for the Administration of Justice’s (CAJ) work with academic colleagues to understand the constitutional implications of Brexit and possible mitigation measures, and supporting the Public Interest Litigation Support Project’s (PILS) work providing legal analysis on specific issues identified by civil society members once Brexit negotiations have begun.